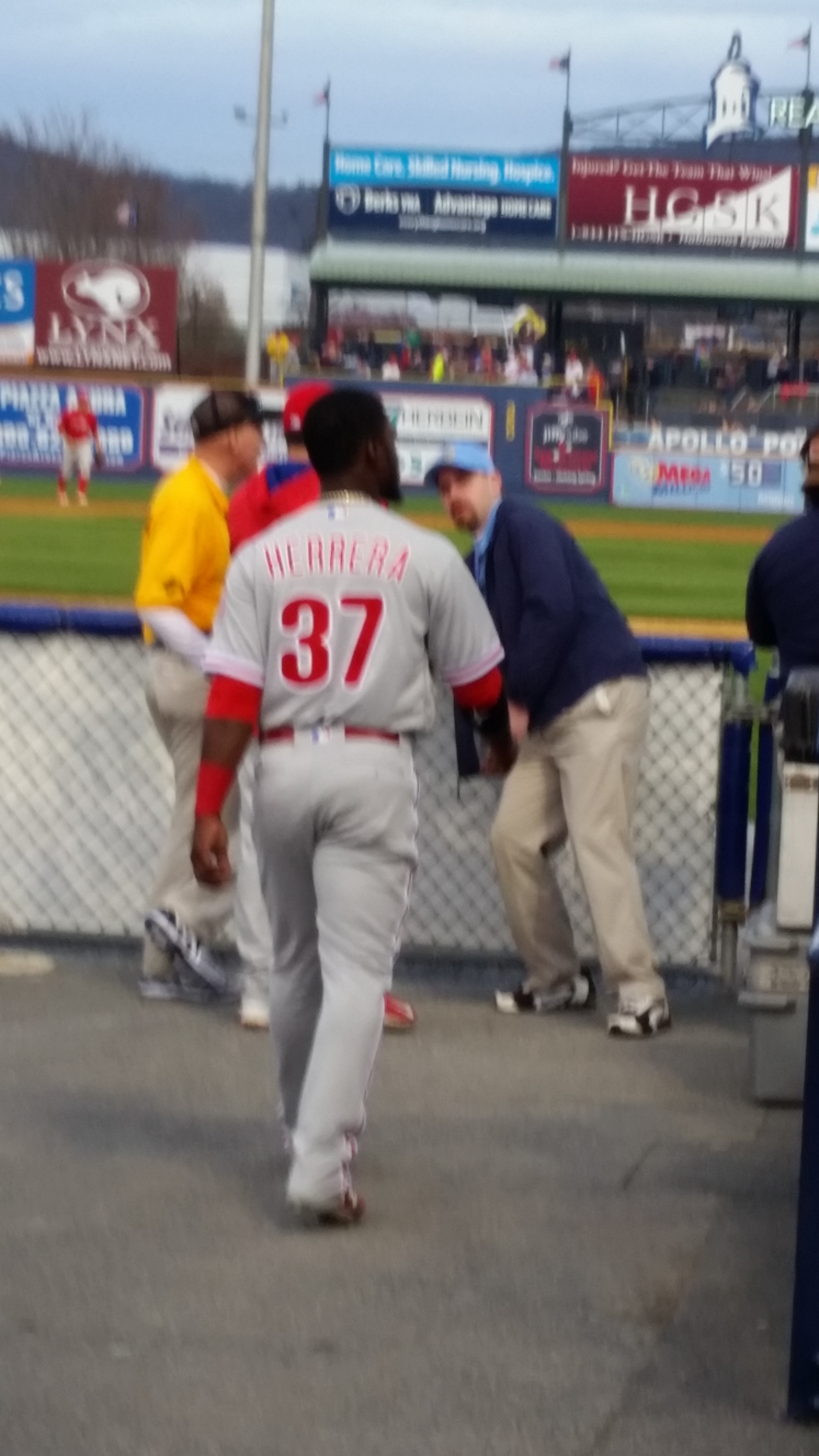 The Phillies youth and young talent

will be on display this spring

Franco, facing Clearwater native and Rays reliever Ryan Garton, crushed a long solo homer into the bullpens. He is 4 for 5 this spring, with three of the four hits for home runs.

Jerad Eickhoff struggled with his command in his first two innings of the spring; he threw just 13 of his 28 pitches for strikes. The bullpen was worse. Luis Garcia surrendered two more runs. Drew Anderson, a touted young starter, struck out four in two innings, but Corey Dickerson bashed a deep two-run homer. Minor-league fill-in Miguel Nunez served up another two-run shot to Shane Peterson.

The Phillies are home again Tuesday, as Clay Buchholz makes his spring Phillies debut against Baltimore at 1:05 p.m. 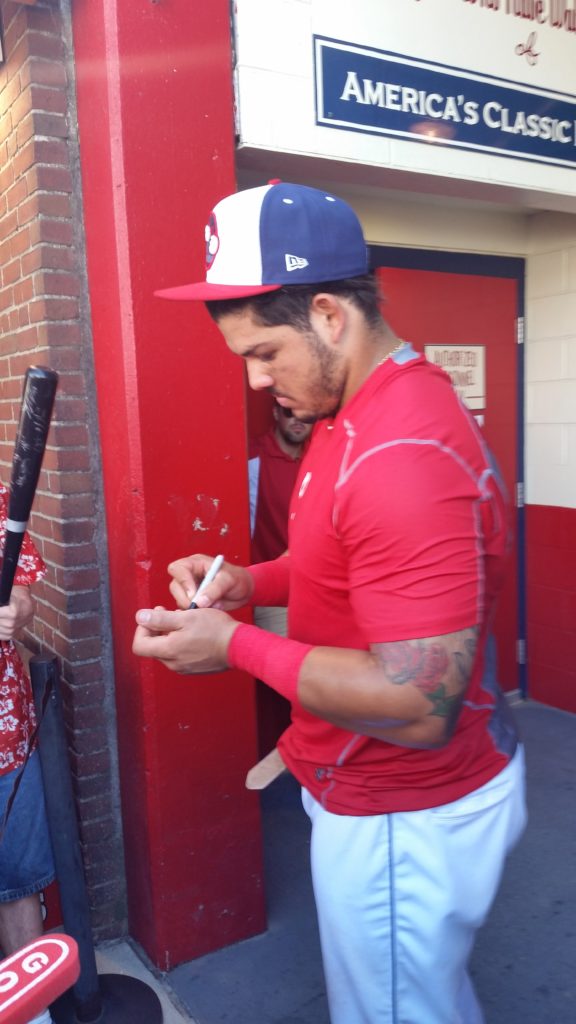 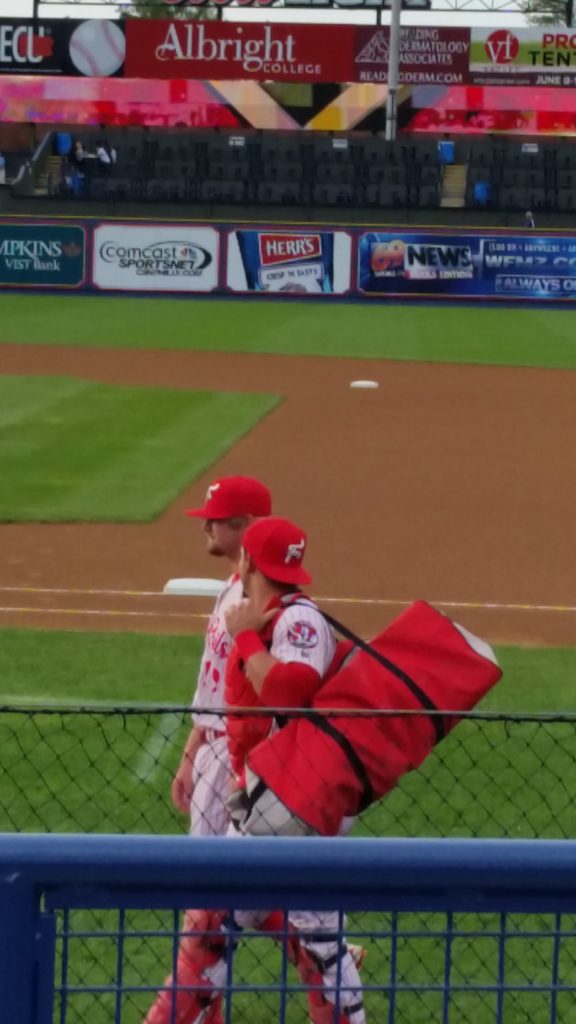 Ben Lively, than with the Reading Fightin Phils, walks to the home dug from the bullpen in Reading. Lively was called up to the Big Leagues Wednsday, April 19, 2017.